Are Pilates exercises safe for osteoporosis? 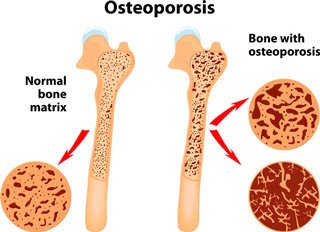 Are Pilates Exercises Safe for Osteoporosis?

Most of the patients we’ve helped manage osteoporosis had no idea that without modifying their current exercise routine, they are increasing the risk of a spinal fracture.  This risk should not be taken lightly.  Individuals who have already experienced at least one vertebral fracture have a 500% increased risk of additional fracture within 1 year (Lindsay et al. 2001).  Fortunately, the importance of weight-bearing exercise that loads and strengthens bone cannot be underestimated.  In fact, research has shown that physical exercise alone can halt the progression of bone loss (Smith & Gilligan 1991).  The question remains, however, what exercises are safe for osteoporosis, and more specifically, are Pilates exercises safe for osteoporosis?

Generally speaking, as physical therapists, we are taught that spinal flexion, lateral flexion (side bending), rotation, and combinations of these three movements should be avoided as they increase the risk of a compression fracture.  Forward flexion causes excessive compression force on the anterior (or front) surface of the vertebral bodies, where most of the trabecular bone is located.  In those with low bone density of the spine, the weakened bone cannot withstand such force and fractures may—or will—occur.  Compression forces on the vertebrae are also excessive during side-bending of the thoracic and upper-lumbar spine.  Forward flexion, side-bending and— especially—forward flexion combined with rotation are therefore contraindicated for clients with osteoporosis—and hence for clients with osteopenia.

Spinal extension is a different story.  The posterior surface of the vertebral bodies contains the pars interarticularis, the pedicles and the lamina, which have a higher composition of cortical bone and are at less risk for fracture.  These areas do get compressed as the spine moves into extension, but the movement is much less risky than flexion because of the strength of cortical bone.  One research study showed that people with stronger back extensor muscles had higher bone density in their spines (Sinaki et al.1986).  Another found that strong back extensors correlated with fewer vertebral fractures and increased bone mineral density (Sinaki et al. 1996 & 2002).  The problem is that clients intuitively avoid spinal extension because of the “bone on bone” feeling at the end range during back arching.  They tend to like flexion because it feels soft owing to the cushioning of the disks.

The results showed the following:

Group 1 EXTENSION: 16% had another wedge or compression fracture

Group 2 FLEXION: 89% had another wedge or compression fracture

Group 3 EXT + FLEX: 53% had another wedge or compression fracture

Group 4 NO EXERCISE: 67% had another wedge or compression fracture

A Pilates-based exercise program must be modified to acknowledge and respect these findings.  Our physical therapists and Pilates instructors are trained to show you the right exercises to perform and the exercises to avoid.  Let us teach you Pilates exercises safe for osteoporosis.

What if I have osteopenia and not osteoporosis?

A great web site to visit and learn more about osteoporosis is the National Osteoporosis Foundation.